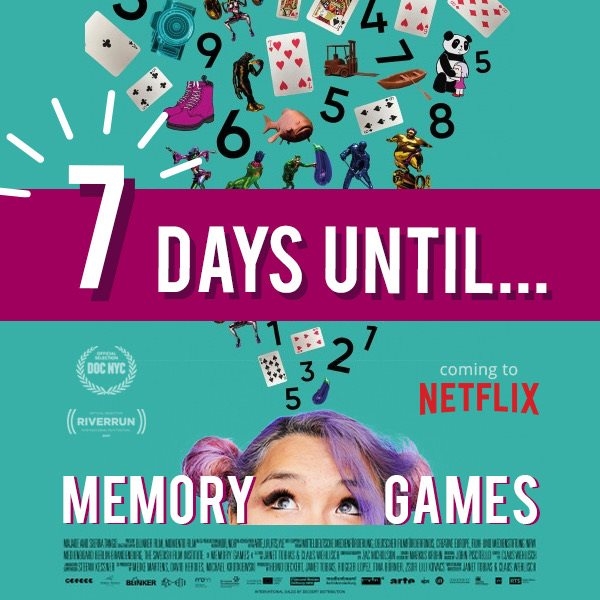 5 More Days to go before MEMORY GAMES is aired on Netflix! 😊 #June19 Don’t miss it!

Catch our Awesome Memory Friends (the Lead Characters) in their Journey to Memory Sports. MEMORY GAMES is a Documentary giving an exciting overview into the lives of four athletes from the United States, Germany and Mongolia as they compete for the title of World Memory Champion. Yanjaa Wintersoul of Mongolia, Nelson Dellis of USA, Simon Reinhard and Johannes Mallow of Germany will be featured on the Film.

We have witnessed some of their taping days since it took place during International and World Memory Championships that the Philippine Team participated. Friends, this is really Mindblowing! 😀

Watch as they introduce you how Memory Sport is played, the effects of a Trained Memory in their day to day life, and how they break the limits of human brain using the Memory Systems that we use. ❤😊

Coach AB Bonita was featured in an international news today. She appeared at The Global Fiilipino Magazine after giving a webinar to the international Filipino community about how to develop a Sharper Memory. 😊 #MindEmpowerment #MemoryTraining
GOOD NEWS! We now have available slots for the Next Batch of our ONLINE Memory Enhancement and Mind Sports Workshop! 😊
One more sleep to go... ^_^
Philippine Mind Sports Association in collaboration with Indonesia's International Innovation Education Foundation, The Brain Republic - Philippines, Memory Sports Indonesia, Indonesia Intellectual Academy, IBN Roched Private School - Algeria, Malaysia Mnemonic Association, and Singapore will be organizing an online Spelling Bee competition on May 22-23, 2021.
It's time to flex those brain cells again... 🧠
Basta tatak The Brain Republic, pangmalakasan yan! 😊